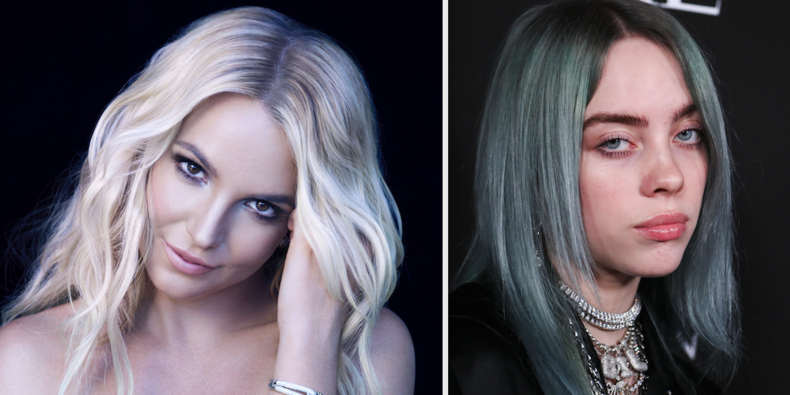 Posted at 06:38h in Fashion by Christian Ryan 0 Comments


Earlier this week, Billie Eilish posed a weighty question: “Who is Hillary Duff?“

The inquiry was innocent enough; after all, the pop prodigy and professionally scary teen was only born in December of 2001. And yet, the ultra-popular 17-year-old managed to prompt a wave of outrage.

Such are the pitfalls of becoming not only a public figure, but also something of a Gen-Z poster child. But Eilish has soldiered on. Her millions of fans have, too, not all of whom are also Gen-Z: Katy Perry, for example, recently called for the public to protect the singer at all costs. Even Eilish’s admission that she didn’t believe the Spice Girls were real until 2017 didn’t stop Julia Roberts from declaring that Eilish “is everything” in the weeks that followed.

But for some, Eilish had finally gone too far. A video documenting her Duff-related ignorance was soon bombarded with replies from fans who seemed to take the remark as an “I don’t know her”-level response. By the look of replies like “Omg I- an unstanning today,” much of Twitter agrees this is not okay.

In the wake of such a divide, could millennials and Gen Z-ers ever recover? For a while, it seemed like the answer might be “no.” And then, on Tuesday, a savior appeared: none other than Britney Spears.

At 37, Spears is 20 years older than Eilish, but that doesn’t erase the fact that she, too, was once a 17-year-old pop star. Like Eilish, Spears has also been having quite the busy year—for reasons much less joyous than releasing a no. 1 album. But here she was, using her unique duality to heal the burgeoning generational divide.

That may sound like an insurmountable task, but all Spears had to do was post one of her signature delightful Instagrams. On Monday night, she uploaded a video of herself inside her mansion, blasting and dancing to Eilish’s song “Bad Guy.” Notably, the video also stars a stuffed snake, which Spears passionately swings over her shoulders and between her legs before abandoning it on the floor to pull out all of the stop for the grand finale, by sprawling across her piano.

But even in Spears’s expansive catalogue of music video treatments, this one stands apart; the choreography happens to be the same that Spears showcased while performing her song “I’m a Slave 4 U” at the 2001 MTV VMAs. Clearly, it took some thinking to recreate, which Spears reflected in the video’s caption: “Great song !! It made me pick up another [snake emoji],” she wrote, tagging Eilish.

Eilish, who was less than four months old at the time of Spears’s original performance, may not have gotten the reference, but she—and 44,000 people who liked her comment (a simple “omg”)—seemed to appreciate Spears’s gesture all the same. As for the rest of the comments section, over the past 48 hours, it’s turned into a neutral territory—one where Gen Z-ers and millennials can come together as one. It’s also been a safe space for millennials to ask a question of their own: “Who is Billie Eilish?”