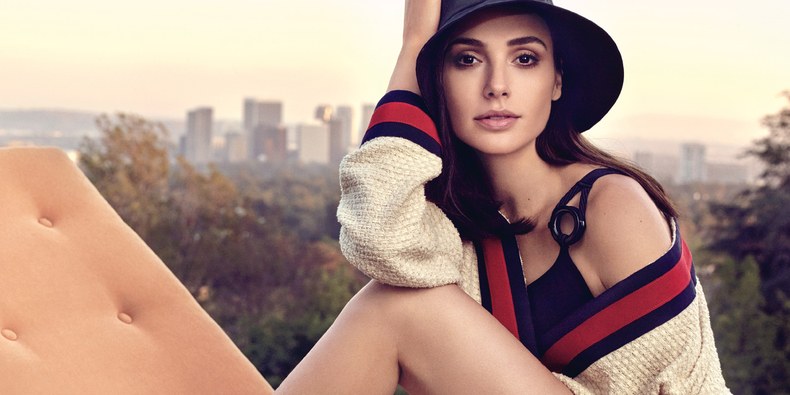 Posted at 06:40h in Fashion by Christian Ryan 0 Comments

It’s still a year away, but we now have a much better idea of how the next Wonder Woman film will look. Today brings a new poster, which shows that Gal Gadot’s superhero got a major makeover in the wardrobe department. You could call it a golden update, as the comic book character is now outfitted in a luxe gold suit.

The outfit isn’t very ’80s-themed, even though the next installment is called Wonder Woman 1984 and set during that time, but it is quite flashy.

As for the film’s setting, director Patty Jenkins has opened up about how the ’80s will play into the film’s plot, saying at Comic-Con, “When you dig into these eras, they as metaphors really symbolize things that are true always. [The ’80s] really was mankind at its best and worst. We’re aware of the prices of some of our behavior nowadays, but we weren’t in the ’80s—we were at the top.”

In the cast, Gadot will be joined this time by Kristen Wiig, who’s suiting up as the villain Cheetah. Jenkins tweeted the announcement last March, writing, “So excited to confirm the most thrilling news. Yes! It’s true! So incredibly lucky to welcome the sensationally talented Kristen Wiig to our Wonder Woman family. Can’t wait to finally work with one of my favorites. And SO excited by what we have planned.”

Those plans also include—spoiler alert—Chris Pine, who apparently did not die in the first movie, as one of the early promo photos for Wonder Woman 1984 confirmed with a very alive-looking Pine.

It will sadly be yet another year, though, until we find out how Pine was brought back from the dead. Back in October, Gadot tweeted, “Super excited to announce that, thanks to the changing landscape, we are able to put Wonder Woman back to its rightful home. June 5, 2020. Be there or be square!!!”

Expect to see a lot more of Gadot (and Pine) leading up to next year’s summer release date for Wonder Woman 1984.